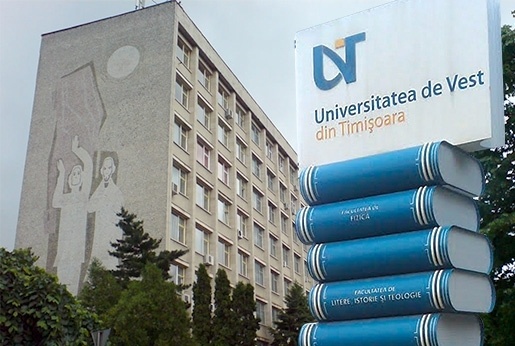 The philology of Timișoara, as a field of academic research and university specialization, was founded in 1956, when the Faculty of Philology was established within the five-year Pedagogical Institute of Timișoara.

At first, there was only one Romanian language and literature department, which after a few years was divided into the Department of Romanian Language and General Linguistics, led by G.I. Tohăneanu, and the Department of Romanian and Universal Literature, led by Eugen Todoran.
In 1962, when the Ministry of Education headed by Ilie Murgulescu, Fellow of the Romanian Academy, decided to transform the five-year Pedagogical Institute into the University of Timișoara, Gheorghe Ivănescu, a nationally famous linguist, was appointed as professor and head of the Romanian Language subdepartment. With his arrival in Timișoara, but especially after 1965, when he was appointed Corresponding Fellow of the Academy, the Romanian Language subdepartment, which in the meantime had been joined by specialists and young elite graduates, became an essential representative for the philology of Timișoara.
At the Romanian Language Subdepartment in Timișoara, Professor G. Ivănescu found twelve teachers, of whom only G.I. Tohăneanu and Marin Petrişor had short-term academic experience acquired as assistants at the Faculty of Philology within the University of Bucharest. The others came from secondary education: Ştefan Munteanu, Vasile Şerban, Ion Muţiu, and from the Institute of Linguistics in Cluj: Ionel Stan, while the seven junior assistants had recently graduated in Timișoara (Rodica Popescu, Ileana Oancea, Vasile Frățilă and Dumitru Craşoveanu), Bucharest (Petra Pitrop), Cluj (Maria Nadoş), or Iași (Vasile D. Ţâra). Although they were educated at different universities and had a non-homogeneous didactic experience, and the youngest were at the beginning of their career, they all wanted to become genuine academics. This attitude considerably facilitated Professor G. Ivănescu’s effort to create, in just seven years, the core of a distinct school of linguistics in Timișoara.
Educated at the prestigious school of linguistics in Iași, under the direct guidance of scholar A. Philippide, Professor G. Ivănescu, himself a scholar entirely devoted to scientific research, contributed decisively, by his own example and by direct guidance, to development of the university mentality and the undertaking of the effort of specializing in the field of Romanian, Romance and General linguistics in all the members of the subdepartment. To this end, he provided his colleagues with valuable books from his rich library, while guiding their specialty reading, especially as regards the youngest, also reading and correcting the articles and presentations they delivered monthly in their subdepartment meetings, where only linguistic subjects, never administrative issues, were discussed. The professor closely guided his assistants, but also the lecturers at the beginning of their careers, urging them to participate and involving them all in local, national, and international scientific manifestations, so they would come in direct contact with the scientific world outside the University and would get accustomed to the demands of academic life. Ten of the members of the subdepartment wrote and defended their doctoral theses with him as doctoral supervisor.
The specialists educated in the Romanian Language Subdepartment became well-known in the field of Romanian linguistics through studies and reference books in such fundamental fields as: history of the Romanian language, theoretical and applied stylistics, Romanian dialectology and onomastics, Romanian linguistics, contemporary Romanian language, history of the Romanian literary language, Romanian lexicology, etc.
The spirit and preoccupations of the first generation of linguists in Timișoara were also passed on to the following generations, ensuring the continuation of the standards of seriousness and academic quality within the Romanian Language Subdepartment.
Since 1990, after a period of restrictions in terms of the number of philology students during the last decade of communism, the subdepartment has received a new generation of teachers, all of whom are graduates of the Faculty of Letters in Timișoara. Their mission is twofold, as they are to ensure the continuity of the major directions in research, and to impose some new trends in international linguistics: pragmatics, semiotics, discourse analysis, literary stylistics, poetic lexicography, creative writing, semantics, syntagmatics, functional stylistics, written communication, oral communication, textual grammar, spatial linguistics, etc.
The period covering the latest decades, characterized not only by successive reforms, but also by an actual change in mentality has meant for the current Romanian Subdepartment – consisting of Reader Dr. Mirela Borchin, Reader Dr. Simona Constantinovici, Reader Dr. George Bogdan Ţâra, Reader Dr. Adina Chirilă, Senior lecturer Dr. Florina Băcilă, Senior lecturer Dr. Gabriel Bărdășan, Senior lecturer Dr. Nadia Obrocea, Senior lecturer Dr. Monica Huțanu, Senior lecturer Dr. Ana-Maria Radu-Pop and Assistant Dr. Emina Căpălnăşan – the search for and development of an identity based on the relationship between the continuation of academic tradition and the opening towards necessary modernity.

Until now, the members of the subdepartment have published over one hundred specialized books that can be found in the “Eugen Todoran” Central University Library, but also in other libraries in the country and abroad, as well as about two thousand studies published in Romanian and foreign journals. They also delivered and still frequently deliver presentations in national and international conferences.
Some of them were given Romanian Academy awards (Prof. G.I. Tohăneanu for the Eminescu Stylistics Studies, 1966; Prof. Ştefan Munteanu for Poetic Style and Expression, 1972), others were decorated (Prof. Munteanu and Prof. Vasile Frăţilă), others were included among the personalities of the Romanian Encyclopaedic Dictionary (Prof. G. Ivănescu, G.I. Tohăneanu), in the Dictionary of the Romanian Writers (G.I. Tohăneanu, Ştefan Munteanu), as well as in other works dedicated to Romanian philologists and Romanian culture. Professor G.I. Tohăneanu was awarded the title of Doctor Honoris Causa by the "Lower Danube" University in Galaţi, and his bronze bust is, through the care of the Timișoara officials, on the alley of the great city figures in Central Park.
Seven members of the Romanian Language Subdepartment became doctoral supervisors: G. Ivănescu, G.I. Tohăneanu, Şt. Munteanu, Vasile Frăţilă, Francisc Kiraly, Ileana Oancea and Simona Constantinovici, while others participated as doctoral referees in dozens of doctoral commissions.
The Subdepartment, sometimes alongside other scientific and cultural institutions, organized numerous scientific national and international events, including the Fourth Congress of Romanian Philologists (1991), the “Book of Books” Colloquium (eight times), The "Text and Religious Speech" National Conference (2013), or the Romanian language section of the International Colloquium “Communication and Culture in European Romania” (2012-2016).

After Professor G. Ivănescu’s retirement in 1969, the Romanian Language Subdepartment was successively run by Prof. Gheorghe I. Tohăneanu, Prof. Ștefan Munteanu, Prof. Vasile Șerban, Reader Ion Muțiu, Prof. Alexandru Metea, Reader Mirela Borchin, and Reader George- Bogdan Țâra.
Some of the members of the Romanian Language Subdepartment have also run the Faculty of Letters as Deans (Vasile Șerban, Ileana Oancea, Vasile D. Țâra), as Vice-deans (Ion Muțiu, Vasile D. Țâra, Mirela Borchin, Gabriel Bărdășan), or have held management positions as Head of Department (Mirela Borchin); others were members of the Academic Council and of the University Senate; Professor Ştefan Munteanu was Vice-rector, and Vasile D. Țâra was the managing director of the “Eugen Todoran” Central University Library in Timişoara and president of the National Council of Libraries in Education. They were also part of specialized cultural and scientific associations, sometimes even being involved in their management (e.g: The Society of Philological Sciences in Romania, The Romanian Society of Romance Linguistics, The Association of the Dialectologists of Romania, The Cultural Association “Religious text and speech”, The Writers’ Union of Romania, etc.)
Some teachers of our department have taught, while some are still teaching, Romanian at Universities abroad (e.g.: V. Șerban, Șt. Munteanu, Felicia Giurgiu at the University of Vienna, Ileana Oancea at the University of Innsbruck, Vasile Frățilă at the University of Leipzig, Ionel Stan at the University of Beijing (China), Aurel Scorobete at the University of Saint-Etienne (France), Monica Huțanu, Emina Căpălnășan, G. B. Țâra, Ana-Maria Pop at the University of Belgrade).
At the initiative of the Romanian Language Subdepartment, our faculty was visited by great personalities in Linguistics that included Eugeniu Coşeriu, Emil Petrovici, Iorgu Iordan, Al. Graur, Boris Cazacu, Ion Coteanu, Marius Sala, Maria Iliescu, Alexandru Niculescu, Gavril Istrate, Vasile Arvinte, Gheorghe Chivu, and so on, all of whom held conferences and scientific presentations, while E. Coşeriu și M. Sala were for a while visiting professors.